Kerala Samajam Model School, Golmuri celebrated its Annual Academic Prize Night for the senior students (Std. 8-12) on Friday, 28th June 2019 at 6.00 p.m. at the school premises. Mrs Ruchi Narendran, Educationist and Management Trustee, JEM Foundation, Patron of the Horticultural Society, AIWC graced the occasion as Chief Guest. At the arrival she took a tour of the school and admired the School infrastructure. She commended the safety measures laid by the school for the security and well-being of the students.

Various Trophies and letters of appreciation were awarded by the Chief Guest to all-rounder students and to those scoring the highest marks in various subjects in the ICSE and ISC Examinations.

GOLD, SILVER and BRONZE MEDALS were awarded to the top 3 achievers of the Std. X, XII Board Examinations 2019.

There was a short entertainment programme put up by the students. 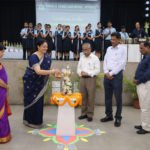 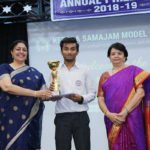 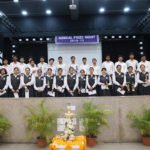 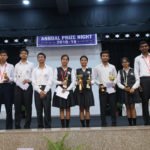